Choosing the right Forex trading platform is one of the key elements that most traders are curious about. In the list of the top platforms, MetaTrader 4 (MT4) remains as the most popular, however, since the appearance of MetaTrader 5 (MT5) in 2010, the debate of whether using one version or another has grown significantly.

The main difference between the two versions is that MT4 focuses on Forex trading and CFDs, while MT5 also includes other assets like stocks and futures. Secondly, MT4 has hedging, and MT5 has hedging and netting. In regards to algorithmic trading, MT5 has a multi-currency strategy tester and it is faster at testing and optimization in comparison to MT4.

In this article, we will review the differences between the two platforms, so you can make a decision on which one should you use and answer the main question everybody is interested in:

First, in Part A, we will talk about the core differences between MT4 and MT5. Then in Part B, we will give you something you won’t find anywhere else. A detailed year-by-year analysis of how MT4 and MT5 have been developing over the past decade. Finally, in the third section, we will draw a conclusion.

Part A – MetaTrader 4 vs 5: Core Differences

Often when you read about MT4 vs MT5 you see a table and a side-by-side comparison of the two. However, in this article we will focus on what is crucial for you as a trader, especially if you are getting started.

There are only three core differences between the two platforms. These are:

Let’s go over them one-by-one:

MetaQuotes had already dominated the Forex market with their revolutionary MT4 platform. The main reason why MetaQuotes developed MT5 is to enable access to markets that are not available in MT4. Here’s a sample list of exchanges which you can access via MetaTrader 5 already today:

MetaTrader 4 is great for the decentralized, open, and highly unregulated on a global scale FX market. However, it doesn’t check all the boxes as a platform for other markets.

It’s just not designed that way: to connect directly to exchanges, like those listed above, the platform has to integrate with gateways for those exchanges – that’s how it will get quotes and market news, and perform trade operations. Plus, there are heaps of other nuances.

While markets like Warsaw Stock Exchange and ASX (Australian Stock Exchange) are good wins, they are not the main goal for MetaQuotes. The big prize are the US Equity Markets or Stock Markets with there trillions of dollars market cap:

Access to more markets can be beneficial for experienced traders that want to trade to shares from companies like Tesla or Amazon. However, for the average Forex trader, this makes not much of a difference.

While MetaTrader 4 only offers 9 timeframes, MetaTrader 5 offers 21 timeframes; this can give traders an edge for more analysis of the market. However, if you like to code in MQL4, in MetaTrader 4 you can rebuild virtually any timeframe in MT4 using the period converter script.

One of the most convenient features of MT5 is that it offers an Economic Calendar with critical events that can impact the market. As MT4 doesn’t have an Economic Calendar, some traders have used the Forex Factory calendar as a turnaround to track events or perform fundamental analysis.

MQL4 might be more suitable for beginners due to its simplicity when creating scripts, indicators and EAs. In contrast, MQL5 is an object-oriented program (OOP) based on C++, which is more complex but gives professional Algorithmic traders more room for advanced commands and calculations.

The whole hype around MQL5 is that it brings OOP into algorithmic trading. That is why a lot of traders/programmers were so excited about MT5 in the first place.

In simple terms, OOP allows you to break down your program into blocks. Each of these blocks is like a black box: something goes in and some result / or action comes out: 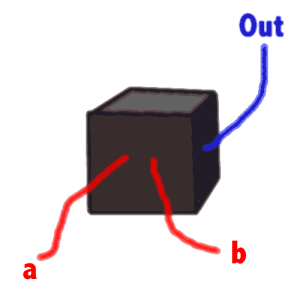 In the world of programming, this is very powerful for multiple reasons. For instance, once you’ve coded one of these black boxes for one of your Expert Advisors you can then clone it and use it in the next system you develop too.

Also, OOP is great for collaboration. You can assign one developer to work on one set of black boxes, and another developer – on another. Then you can bring them together into one final program without even knowing what’s inside each of these blocks.

As you are probably aware, you cannot simply transfer your MQL4 code into MQL5. MetaTrader 4 initially took Forex Trading by storm mostly thanks to its ability to run Algorithmic Trading systems or EAs. A high percentage of traders use EAs or custom indicators/scripts in their trading. Moving these from MQL4 to MQL5 would be a very costly and time-consuming exercise for most.

On the other hand, MetaTrader 5 has two main advantages on this front versus MetaTrader 4:

While the first would probably be of interest to about 10–15% of traders, the second is a great improvement. Faster optimizations mean less time spent configuring your EAs.

In this section, we will take a look at demand trends from both versions.

Using Google Trends, we can visualize how frequently the terms MetaTrader 4 and MetaTrader 5 have been searched for over the past 10+ years:

We can see that hype started building up around MT5 (red) after its imminent arrival was announced in early 2009. However, the trend flattened out right after MetaQuotes released the beta version in October 2009. Nevertheless, since the end of 2017 the trend for MT5 has been picking up.

The main reason for this is that since the end of 2017, MetaQuotes started investing heavily again on releasing new features for MT5. Also, on April 24th, 2016, MetaQuotes announced released a hedging option in MetaTrader 5 to encourage more brokers and traders to switch to MT5.

On the other hand, searches for MetaTrader 4, had been growing since inception up to early 2010. Then a bit off an extended period in 2010–2012, and again steady growth picked up in 2012 and has been continuing since.

Over the past years, MetaQuotes have been actively developing the MQL5.community (which is for both MQL4 and MQL5 programmers). This could be one of the reasons for the rapid increase in “MQL5” searches.

Also, the MetaTrader 5 build 1860 release in mid-2018, enabled some key features for algorithmic traders like functions for operations with time series that make smoother the transition of EAs and applications from MQL4 to MQL5.

If we go to the news releases page for MT4 and MT5, by doing some simple web-scraping, we can retrieve all of the dates of the releases/updates/patches that ever occurred for MT4 and MT5 since 2008 until the start of 2020.

Putting all of these updates together creates the chart below, which illustrates the number of updates that happened in each month (the vertical axis on the left ranges from 1–5 updates in any given month).

Note that this chart doesn’t take into account the significance of the updates; it is a simple count of updates.

Before the release of MT5 (Area A), there was about one update to MT4 per month on average.

Area B – As soon as MT5 Beta hit in November 2009, the market updates to MT4 stopped. There were three error fixes along the way there, but those weren’t significant.

This suggests that MetaQuotes were focused on MT5 and they decreased development resources for MT4. They were waiting out for MT5 to takeover to then completely deprecate MetaTrader 4 just like they did with MetaTrader 3 back in 2005.

However, that didn’t happen. There was some resistance from traders to move or try MT5 mainly because MT5 didn’t include hedging at that time. Therefore, in early 2011 MetaQuotes was forced to perform updates and releases regarding MT4.

Then we have Area C, where the number of builds was very similar in both versions of the platform, MT4 finally started catching up to MetaTrader 5. In February 2012 MT4 for iPhone came out (1 year after MT5 for iPhone), and two months later, in April 2012 MT4 for Android arrived (only 6 months later than MT5 for Android).

Then the Build 600 was in February 2014, which introduced the new MQL4 programming language, added the MetaTrader 4 markets tab, and introduced the User Account Control (UAC) system, which is not very popular, but necessary for an application to have if it’s going to be compatible with Windows 8 and onward.

When everything seemed to indicate that MetaQuotes was going to be pulling back MT5, the trend started to change again. In April 2016, build 1325 was released, adding the hedging option to MT5, which until recently was only supported in MT4. Area D in the graph above shows how since build 1325, MetaQuotes looks to be heavily reinvested on MT5, this was summarized by Renat Fatkhullin, their CEO, as follows:

Why use two platforms, when you can access all the required functionality in one of them?

The dependency of the Forex retail market on MetaTrader 4, has served as a catalyzer of the poor management decisions that MetaQuotes has made during the last decade.

It is still unclear if MetaTrader 5 will replace MetaTrader 4. However, releases like the build 1325 or MetaQuotes decision to stop issuing new licenses to new brokerages, indicate that the migration from MT4 to MT5 will take place sooner than later. There is still an enigma on how they will solve the backward compatibility issue between MQL4 and MQL5.

To sum up, the main differences between MetaTrader 4 and 5 are:

However, MetaTrader 4 remains the most popular and preferred Forex trading platform for beginners due to its simplicity and ease of use. MQL4 is more friendly to get started with Algorithmic trading and EAs.

The conclusion for experienced programmers is a bit different. If you think you will need the multi-currency strategy tester as well as the very fast testing and optimization, then maybe give MT5 a shot. However, it will only be worth it if you can commit to building your systems from scratch.

At the same time, MT4 should already have most of the things an experienced coder will ever need, including OOP. If that’s not enough, then instead of MT5, you can have a look into using DLL or even other platforms with good API like jForex from DukasCopy.